Students at Ithaca College’s School of Music have become increasingly concerned about the overwhelming silence about mental health in higher education, including in our particular school. To combat the silence and better educate our community about this issue, last year a group of music students led by Mikaela Vojnik founded the Mental Health Awareness for Musicians Association (MHAMA).

Music students face pressure to practice for hours and hours each day and to constantly perform their best. The pressure of being a student with an average of 18 credits per semester, and being a musician, and being a person, and all at the same time, can really take a toll on someone’s mental health. Even beyond academia, many musicians struggle to take care of themselves. They often value themselves based on their musical abilities rather than who they are as people.

MHAMA strives to promote healthy lifestyles and self-care for all students in the School of Music. It also aims to improve understanding among students as well as professors about mental health disorders and how to address them in the context of an extremely competitive environment. There is a lot of pressure from professors and peers alike to perform at a high level, making it feel as though there is very little room for error. This demand for perfection can make it difficult for students to take care of their mental health, especially if they are living with a preexisting or newly developed mental illness.

Our organization strives to educate and create conversations about mental health in the music school specifically focused on how being a musician intersects with mental health. We have hosted workshops that discussed performance anxiety, meditation, and stress management. We have held events that focused on depression, suicide prevention, and how to use resources on campus as a way to reach out for help and support.

MHAMA’s overall goal is to create a more positive and inclusive environment within the School of Music, to promote a better understanding of mental illnesses and mental health, and to encourage people to reach out for help when they are struggling. It is important for us to create a culture with greater empathy and compassion for mental health.

Mikaela Vojnik is a senior at Ithaca College majoring in Music with an Outside Field in Counseling and Sociology and the founder and president of MHAMA.

Hannah Cayem is a senior at Ithaca College majoring in Music Education and Vocal Performance and the vice president of MHAMA.

Contact for more information about the Mental Health Awareness for Musicians Association at Ithaca College: icmhama@gmail.com

Arriving on campus for a new academic year can be exhilarating—and intimidating. College represents an amazing opportunity to study and explore—and party. It is also a time of transition, which can elevate life stresses and exacerbate existing mental health conditions. Don’t take this lightly.

If you are one of the students experiencing conditions like depression and anxiety at Cornell University, Ithaca College, or Tompkins Cortland Community College, you are not alone. Not at all. It is important that you recognize when you need help, and to seek help when you need it.

As the Bazelon Center for Mental Health Law puts it, “Students who seek treatment are not ‘weak’ or ‘crazy.’ Therapy is a hopeful and affirming act of caring for yourself.”

Bazelon publishes a manual called Campus Mental Health: Know Your Rights. The subtitle is “A guide for students who want to seek help for mental illness or emotional distress.”

In the introduction, the manual notes:

“If you are experiencing depression, anxiety, mood swings, sleep disturbances, delusions or hallucinations, or if you feel overwhelmed, immobilized, hopeless or irritable, there is treatment that can help. You may also benefit from therapy to address common issues such as body image or low self-esteem, to help with a crisis involving your relationship or family, or if you are in the middle of a transition, such as beginning a new school.”

Some eye-opening data about college mental health from the Bazelon manual:

Many college-age students suffer from anxiety, depression and other mental health concerns. Anxiety is the issue most often mentioned by college students who visited campus mental health services. Students also named depression as one of the top ten impediments to academic performance as well as stress, sleep difficulties, relationship and family difficulties.

In the 2016 National College Health Assessment, 38.2 percent of the 33,512 students surveyed reported they “felt so depressed it was difficult to function” during the past year, and 10.4 percent said that they had “seriously considered suicide” during the year.

More than 80 percent of all college freshman report feeling overwhelmed a great deal of the time—college women, even more (about 90 percent). In 2016, more than 19 percent of college students reported experiencing an anxiety disorder within the previous year. While anxiety disorders are common among individuals of all genders, women are twice as likely to have them as men.

It is not just college-age people—America at large is experiencing a serious mental health crisis. The National Alliance on Mental Illness says that 43.8 million American adults are living with mental illness in a given year. The Centers for Disease Control and Prevention recently reported a 25.4 percent increase in the national suicide rate since 1999.

At Cornell University, for example, the 2017 Cornell PULSE Survey of 5,001 undergraduates reported that 71.6 percent of respondents often or very often felt “overwhelmed.” Nearly 43 percent said that they had been unable to function academically for at least a week on one or more occasions due to depression, stress, or anxiety. Nearly 10 percent of respondents reported being unable to function during a week-long period on five or more occasions.

In an area known to have very harmful short- and long-term effects on mental health, 9.8 percent of Cornell undergraduate female respondents reported having been the victims of rape or attempted rape since enrolling at the university, according to the 2017 Cornell Survey of Sexual Assault and Related Misconduct.

Thus, guides like the Bazelon manual are worth a good read—you may discover a need for more mental health knowledge for yourself, or for a friend.

In a section entitled “Seeking Help,” questions are discussed such as:

What are the steps for choosing a therapist? Where do I go? On campus or off?

What will happen when I call to make an appointment?

What happens if I call, and they can’t see me for two, three or four weeks?

What should I expect at my first visit? What’s the first session like?

What are the different types of therapy?

Please consider making a donation today to support The Sophie Fund’s work on mental health initiatives aiding young people. Sophie would have turned 26 this week, and we are marking the anniversary to launch our 2018 fundraising campaign. 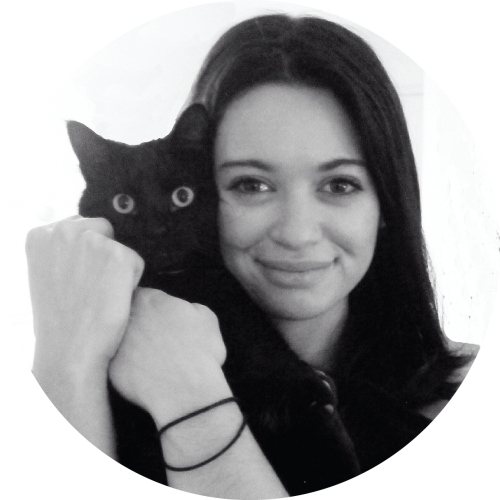 Special goals for the coming year include publishing a Guidebook to College Student Mental Health, written by and for students; supporting mental health initiatives for secondary school students; fighting sexual violence; and expanding our website and social media content.

We are proud to report significant progress in our projects over the past year to benefit mental health in the Ithaca community and on the Cornell University and Ithaca College campuses. A few examples:

To Make a Donation:

For more information on The Sophie Fund’s work, please visit: