Some 200 people joined a rally at the Greater Ithaca Activities Center on October 7 in a passionate show of support for the first-ever Bullying Prevention Day in Tompkins County. 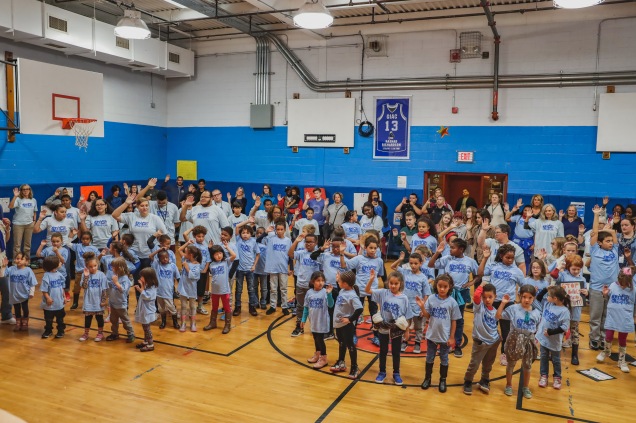 Taking a collective pledge not to bully

The rally featured a proclamation by the Tompkins County Legislature, speeches by Ithaca Police Chief Dennis Nayor, community leaders, and students, and performances by youth groups. A highlight of the rally came when attendees, wearing blue “Wash Away Bullying” t-shirts, took a collective pledge not to bully others.

Speakers at the GIAC rally

Nayor noted that bullying can cause long-lasting struggles in people’s lives. “Some of the issues we see later on in people’s lives like criminal activity could be rooted in a person’s experiences being bullied,” Nayor said, as reported by the Cornell Daily Sun. “We at the police department are committed to trying to find solutions, and we’re open to being a resource to that.” Nayor encouraged victims of bullying to contact police if they need help.

Representatives from the Ithaca Youth Bureau, the Be the One campaign, and other organizations also attended the rally.

The rally included a performance by the GIAC Jumpers, a student dance, step, and double-dutch troupe. A group of second-to-fifth graders known as the Navigators performed a rap about kindness and a catchy rap-dance with a “don’t be a bully” message. Students also decorated the GIAC gym with handmade anti-bullying posters. 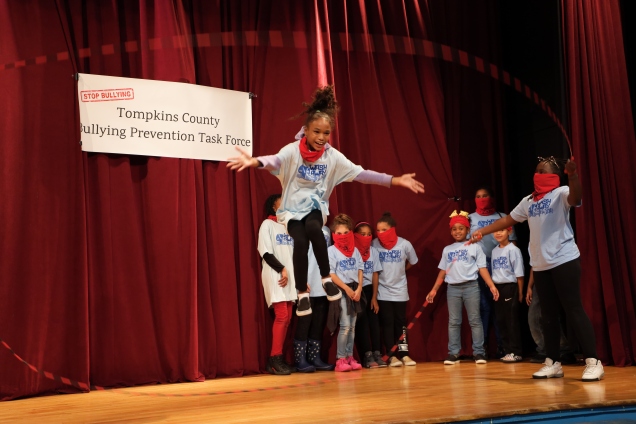 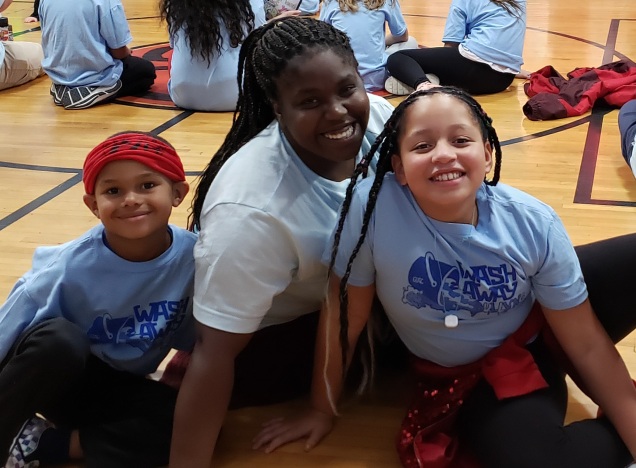 The t-shirts, with the color blue in solidarity with World Day of Bullying Prevention, were produced by GIAC’s Bitty Box Teen Entrepreneurship Program and sponsored by The Sophie Fund. 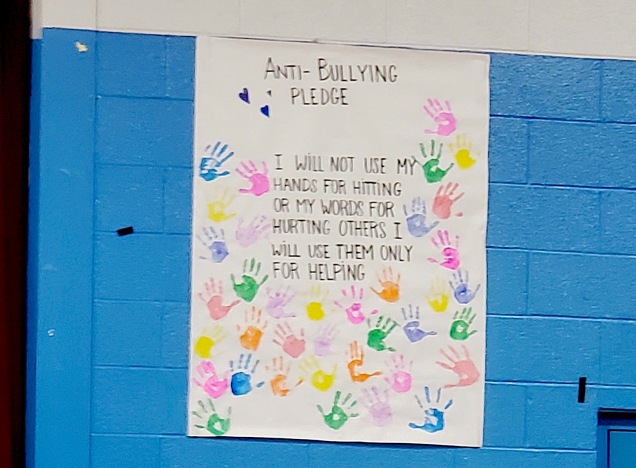 Several Tompkins County schools also marked Bullying Prevention Day on their campuses. Students and staff in the Lansing Central School District wore blue for the occasion. Students in the Lansing Middle School wrote words of encouragement in the hallway on the heels of September’s Suicide Awareness and Prevention Month.

The Tompkins County Legislature on Tuesday proclaimed September 2017 to be “The Watershed Declaration Month” in support of intensified suicide prevention efforts in the community. 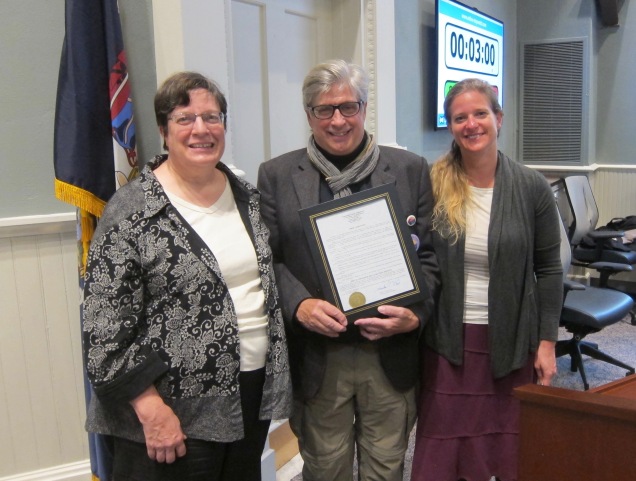 In a proclamation read out in the name of legislature Chair Michael E. Lane, Legislator Anna Kelles said:

“I call upon our citizens, government agencies, non-governmental organizations, health care providers, and educational institutions to raise awareness of Ithaca’s mental health support services, encourage those in need to seek treatment, honor those in our community we have lost too soon, commit to an all-out effort to prevent suicide, and support the efforts of the Tompkins County Suicide Prevention Coalition.”

The proclamation came at the start of national Suicide Prevention Month and six weeks after the launch of the Tompkins County Suicide Prevention Coalition by 32 local mental health organizations. The Watershed Declaration was adopted at a meeting of mental health stakeholders in Ithaca on April 17. The organizations declared suicide to be a serious public health concern and pledged to “intensify efforts toward saving lives and bringing hope to those struggling with suicide thoughts or affected by suicide loss.”

In receiving the proclamation, Scott MacLeod, a donor advisor of The Sophie Fund, established to support mental health initiatives for young people in the community, thanked Kelles and the legislature for their support. He also commended the initiative of Tompkins County Mental Health Commissioner Frank Kruppa and Deputy Commissioner Sharon MacDougall to establish the county’s Suicide Prevention Coalition.

“We learned the hard way that suicide is a terrible tragedy, and we learned the hard way that suicide is preventable,” said MacLeod, whose daughter Sophie, a 23-year-old Cornell University student on a mental health leave of absence, died by suicide in March 2016. “We are convinced that promoting greater awareness of risk factors and warning signs—and with the role that healthcare systems can play in closing the gaps—can really save a lot of lives. One life is too many to lose, and we are losing too many.”

Lee-Ellen Marvin, executive director of the Suicide Prevention and Crisis Service in Ithaca, lauded the legislature’s designation of The Watershed Declaration Month. “It’s exciting to see people from all different sectors, the government and the non-profit community, coming together to re-enlist effort and energy in suicide prevention,” she said. “If we are going to make change in how suicide is understood and treated, and if we are going to register it as a public health crisis, we need governmental bodies to stand behind us.”

Kelles, chair of the county legislature’s Health and Human Services Committee, said The Sophie Fund’s push for The Watershed Declaration and Tompkins County Suicide Prevention Coalition “were both critical first steps in our community engagement to reduce deaths from suicide.”

“These are first steps on a long road to a very attainable goal that needs engagement from everyone in the community,” Kelles added. “We have a very fast paced lifestyle as a society where productivity is the key to survival. In some ways this is beautiful but in other ways it has contributed to a breakdown in nurturing quality time within families and within the larger community. The ultimate impact is steadily increasing isolation from each other and increasing rates of depression. Part of the work of the coalition and The Sophie Fund is to help us regain that sense of community through collective care and attention for each other’s well-being. To create comprehensive systems of mental health support for if and when any one of us feels buried under the weight of our lives is to build a resilient and vibrant community.”