Shawn Goodman, the Young Adult fiction author of Kindness for Weakness, will be the featured guest speaker at a “Readings on Mental Health” event on September 24 sponsored by the Mental Health Association in Tompkins County and hosted by Buffalo Street Books.

Goodman will take his audience on a tour of the Young Adult literature landscape, discussing works such as It’s Kind of a Funny Story, by Ned Vizzini, Fat Kid Rules the World by K.L. Going, The Perks of Being a Wallflower by Stephen Chbosky, Forgive Me, Leonard Peacock by Matthew Quick, and Mexican White Boy by Matt De La Pena.

In his talk, Goodman will explore the different reasons as well as the different ways in which teens and adults read—a critical question given how reading time for teens has become such a limited commodity due to competing activities, most of which are digital and instant.

Goodman is a school psychologist in Ithaca whose experiences working in several New York State juvenile detention facilities inspire his writing. The New York Times called Goodman’s Kindness for Weakness, “a gripping tale with important lessons for any young man.” It is the story of James, the son of a cocktail-waitress single mom, who becomes entangled with his drug-dealing older brother as he navigates adolescence. Goodman’s earlier Something Like Hope won the 2009 Delacorte Press Prize for a first Young Adult novel.

Goodman’s appearance is the second installment of “Readings on Mental Health,” a 2017 series featuring authors of books on mental health topics made possible by a grant from The Sophie Fund. 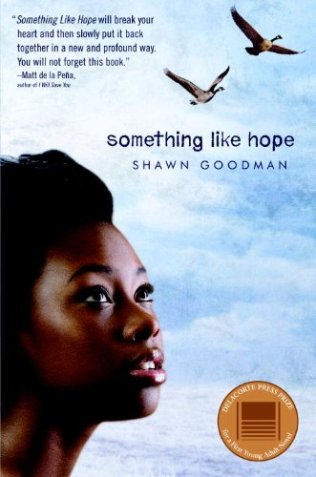