Love, loss, and coming home: Our own Amy Dickinson, the Freeville girl who went on to succeed advice-dishing queen Ann Landers as the “Ask Amy” syndicated columnist for the Chicago Tribune, is on a book tour with her latest memoir, Strangers Tend to Tell Me Things: Love, Loss, and Coming Home. 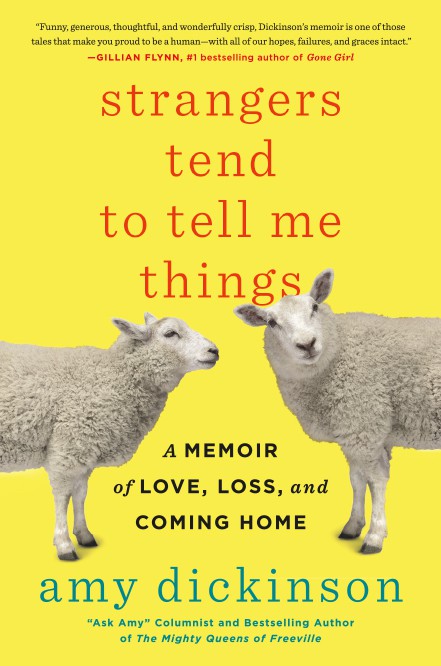 Dickinson famously grew up on a Tompkins County dairy farm and traveled the world living in Washington, New York, Chicago, and London before returning home and marrying a local guy she knew from childhood. Some of this adventure was chronicled in The Mighty Queens of Freeville: A Story of Surprising Second Chances, a 2009 memoir about being a single mom. “Ask Amy” is a daily advice column carried by 150 newspapers and read by an estimated 22 million people.

Listen to the interview by clicking above

SCOTT SIMON: So what’s a sophisticated urbanite like you doing in Freeville, New York?

AMY DICKINSON: Oh, not much, you know. I mean, just today I was at the Queen Diner with my aunts because that’s what we do once a week. We meet at the diner. You know, I live in my hometown. It’s—I’m right back where I started surrounded by people I went to high school with. And I don’t know if I could have done this at another phase in my life, but it just feels right.

SCOTT SIMON: It’s interesting reading this book. You learned a lot from the example of both of your parents, but they were substantially different lessons.

AMY DICKINSON: Right. I was very fortunate to have been raised by my mother, Jane, who was a really—just a great parent. She was fun. She was lively, and she really seemed to enjoy being a mother. My father, on the other hand, old Buck, was like a world-class abandoner. He left us. He left subsequent families. He left women. He left people in his wake. And he just—you know, I think of him now as, like, an old restless cowboy.

AMY DICKINSON: It is being kind, actually.

SCOTT SIMON: With the advantage of a certain amount of hindsight now, did that make love more difficult for you?

AMY DICKINSON: Oh, yeah, definitely. It’s like he was this linchpin I measured all other men against, and I was often overcorrecting, may I say. So, yeah, I veered back and forth. My first husband very, very, very unlike—as unlike my father as I could find, but that also meant that he and I didn’t have a lot in common.

SCOTT SIMON: So you get back home where you started in Freeville, and you meet all over again a guy named Bruno.

AMY DICKINSON: Yeah. You know, I’ve known him most of my life. I think we met when I was 12. Bruno has never lived any more than five miles away from where he was born. And I came home. He is a very well-known local builder, and I came home, and I wanted to renovate my little house. And everybody said, “Oh, you should call Bruno, call Bruno.” And I finally called Bruno, and he came to my house and he opened the door – it was fall. And, Scott, it was just—you know that scene in “The Quiet Man” when John Wayne opens the door to Maureen O’Hara’s little cottage? And he…

AMY DICKINSON: He filled the door frame and these leaves were kicked up behind him. And it was this incredibly dramatic moment in my life when Bruno blew in, you know, in my door. Yeah, and we fell—we just fell in love immediately.

SCOTT SIMON: In the course of this book, your mother declines and then dies. And that’s very moving the way you trace that in the book. You don’t like this term that we’ve heard so much over the past generation—closure.

AMY DICKINSON: Yeah, really—I mean, do you have it?

SCOTT SIMON: No, no, no, I know exactly what you mean. You don’t close it. You go on.

AMY DICKINSON: Right. If you love someone fiercely, you’re not going to close the book on that. And honestly, I felt that the whole closure concept was really a—you know, just thinking that I might get closure I think delayed my healing from this loss. My mother was frail. She suffered. I was with her. I helped to take care of her. No one could have been more prepared for someone’s death than I was. And I just had no idea that the loss would have such magnitude for me. It was very, very tough.

SCOTT SIMON: You know what I’ve concluded, Amy? And I hope our children don’t hear this. You don’t really grow up until you lose your parents.

AMY DICKINSON: It certainly puts you in a whole other life phase. It’s incredibly profound, and the process—and I know you were with your mother and I was with my mother. And to me, it felt—it really did feel analogous to the birth process, this really potent, very powerful life process. And I was glad that I was there.

SCOTT SIMON: I finished the book and then turned back to the dedication: “This book is dedicated a memory of my mother, Jane Genung Dickinson, who taught me that life is a memory.” Not a cabaret?

AMY DICKINSON: Not quite.

AMY DICKINSON: Oh, but I wish, you know?

SCOTT SIMON: Yeah, but why a memory?

AMY DICKINSON: Well, she told me once that she wanted that on her tombstone. My mother had a very dreamy, introspective quality, and I think she always lived in her head to a certain extent. And I loved that about her. We were very different in that regard. But I always really treasured that about her, the idea that there was a lot going on that she wasn’t necessarily revealing. I liked it.

SCOTT SIMON: Do other people’s problems ever—do you carry them home?

AMY DICKINSON: I do. You know, when I run a letter in my column, for instance, about someone who has been sexually assaulted and is suffering or has been abused, say, by a parent, I will then hear from dozens, sometimes over 100, other people who have had a similar experience. And the magnitude of that will really, really weigh me down sometimes. And yet, that’s exactly what this column is all about. It’s just about our commonality. You know, I feel very, very connected to the people who write to me. And yeah, I have to work hard sometimes not to take on the weight of some of this stuff. 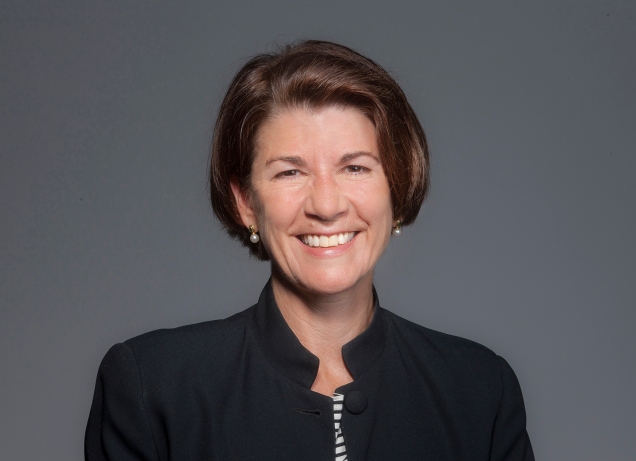