While we all celebrate the great contributions to America by civil rights leader John R. Lewis, the suicide prevention community remembers him also as the first person in our House of Representatives to publicly step into the fearsome and taboo subject of suicide and call on this country to recognize that the prevention of death by suicide is a “national priority.” 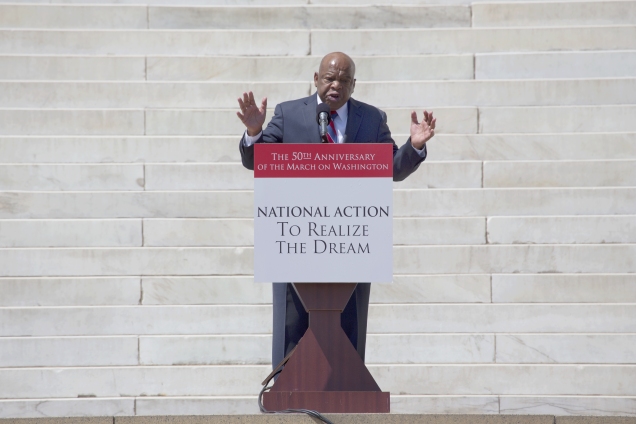 Congressman Lewis of Georgia, who died last week at age 80, was the first in the House to speak out and speak up. Senator Harry Reid of Nevada introduced a similar resolution in the Senate at nearly the same time in the same year. Reid had lost his father to suicide and chose to speak openly about his loss to the world.

Motivating John Lewis were Elsie and Jerry Weyrauch, who had lost their daughter to suicide—a promising young doctor. John Lewis was their congressman. He took their cause to Congress and sparked the fire that led to national action—or, in his words, some “necessary trouble.”

Thus, three loss survivors (Elsie, Jerry, and Harry), together with John Lewis, launched those key “first movements” that began only in 1997.  These bold actions not only broke through the barriers of shame and stigma, they fueled the first ever national movement to prevent suicide.

House Resolution 212 of the 105th Congress, introduced by Lewis with 92 co-sponsors on July 31, 1997 and adopted by the House, declared that “the House of Representatives recognizes suicide as a national problem and declares suicide prevention a national priority, acknowledges that no single prevention program will be appropriate for all populations or communities, and encourages certain initiatives, including the development (and the promotion of accessibility and affordability) of mental health services to enable all persons at risk for suicide to obtain services without fear of stigma.”

HR 212 and Reid’s resolution in the Senate were followed by the National Suicide Prevention Conference in Reno in 1998, viewed by many as the founding event of the modern suicide prevention movement.

Margret Mead said, “Never doubt that a small group of thoughtful, committed, citizens can change the world. Indeed, it is the only thing that ever has.” These brave few prove her case.

We may be running a little low on heroes just now, but we in suicide prevention will always have our John R. Lewis.

Paul Quinnett is founder and CEO of the QPR Institute and author of Suicide: The Forever Decision